Webgistix has warehouses worldwide including:

Webgistix eliminates your overheads, allows you to easily scale your back end operations (up and down), and guarantees that all your orders will be shipped within 24 hours with 100% accuracy or it’s FREE.

Webgistix, like many other order fulfillment companies, will store your inventory of items for you, take the orders you receive, pack the items up, and then ship them to the customer. They actually guarantee that any item that is ordered will be packed and delivered within 24 hours or it is free.

The method of using Webgistix is simple and easy to execute:

•    Send then Your Items: It starts with you sending your items to be stored and inventoried in one of their massive warehouses. The company is large enough to handle just about anything you can throw their way.
•    Items get Ordered: Once your items are stored and inventoried you then go about your business of selling online or otherwise and once an order is received it is then routed to Webgistix.
•    Items get Prepped: Items that are ordered by your customers are then ‘picked and packed’ by Webgistix. They have all the packing materials in bulk there which means you will never again have to worry about ordering supplies.
•    Items get Shipped: The last step in the process is to have the items ship out. No more standing in line at the post office or waiting for UPS or FedEx as Webgistix takes care of that for you.

Webgistix has warehouses and facilities in the United States, Canada, Europe, and Asia which makes them a true global company. Because they have so many distribution and processing centers scattered about, they can get most package in the hand of customers in the US and Canada in a matter of a couple days.

The company has been around for over 10 years now and works with many big names in the selling business and one of their partners is eBay. Other big names on their partner roster include Yahoo Small Business, Google Checkout, and Ultra Cart. While this is no guarantee of success, it is nice to see so many big names lending a vote of confidence to the order fulfillment company.

Webgistix seems to be a rather flexible company and while they do not have any standard price packages they do offer free quotes to all who inquire. This gives them the opportunity to custom design a plan for you and it gives you an opportunity to decide if they will be right for your order fulfillment needs.

The biggest plus with Webgistix is that they offer all-inclusive pricing. What you are quoted for service is what you will pay with no hidden fees and no long term contracts to sign. While this is not unusual for an order fulfillment company to offer, it isn’t always an automatic item so it pays to know. 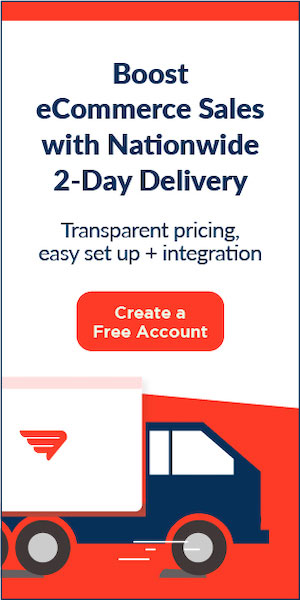